The S2 Anti-Terrorism Officer (ATO) Course is designed to prepare security and law enforcement professionals for assignments involving the protection of facilities against terrorist attack. This program provides a detailed exploration of contemporary terrorist methods and essential skills and knowledge necessary for managing terrorism-related risks.

The information presented in this course reflects best practices in anti-terrorism, physical security, and emergency preparation as may be applied to a wide range of commercial and government facilities. The measures presented in this course are based on the instructor’s decades of experience in managing risks of terrorist violence, critical evaluation of hundreds of terrorist attacks, and analysis of methods for managing terrorism-related problems pioneered by organizations throughout the world.

Summary of topics include:

See the course outline below for a detailed description of topics.

In addition to providing 40-hours of instruction on topics essential to protecting facilities against terrorist attack, the S2 Anti-Terrorism Officer (ATO) course is designed to prepare program participants for independent certification through the International Association for Counterterrorism and Security Professionals Certified Anti-Terrorism Officer (cATO®) Program.

In order to be awarded with the IACSP cATO™ certification, eligible candidates are required to complete and successfully pass a 100-question examination based on content included in the S2 Institute ATO course.

IMPORTANT NOTE: Attending the S2 Anti-Terrorism Officer course does not guarantee award of IACSP cATO® certification. All course graduates pursuing certification after attending the program must meet essential eligibility criteria and complete the independent application and certification process including successful completion of the cATO® examination.

With a community of over 2,500 alumni representing hundreds of corporations and government ministries, the S2 Anti-Terrorism Officer (ATO) Program is recognized worldwide as the gold standard for anti-terrorism and facility security training.
Present

The S2 Institute presents the ATO course in Ghana as the first advanced-level public anti-terrorism course presented in the West Africa region.
2018 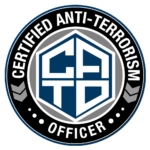 The European Commission adopts the S2 Anti-Terrorism Officer course to serve as a standardized training program for EC security personnel.
2017 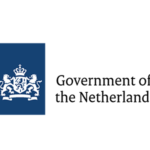 The S2 Anti-Terrorism Officer (ATO) Course is awarded a national stock number for procurement by the Government of the Netherlands. The S2 ATO course is the only program of its type officially endorsed by the Dutch government.
2017 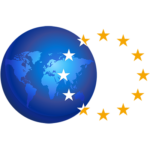 The S2 Anti-Terrorism Officer course is adopted by the European External Action Service (EEAS) as the basis for developing a standardized curriculum for training EEAS Regional Security Officers.
2014-2015 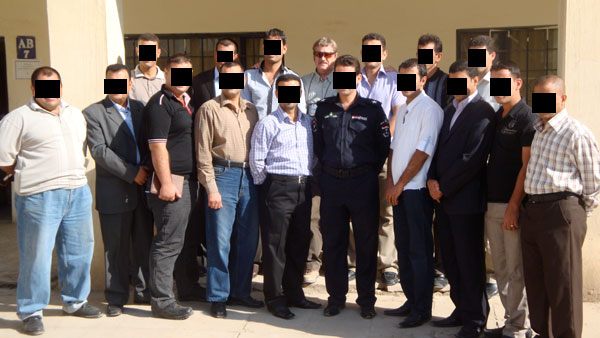 The S2 Institute is contracted by US CENTCOM to design and develop the new Anti-Terrorism & Facility Security training program for the Ministry of Interior of Iraq based on the S2 ATO course. The program encompasses development of a three-week security training program and on-site Train-the-Trainer mission in Baghdad to prepare the new MOI instructors.
2010 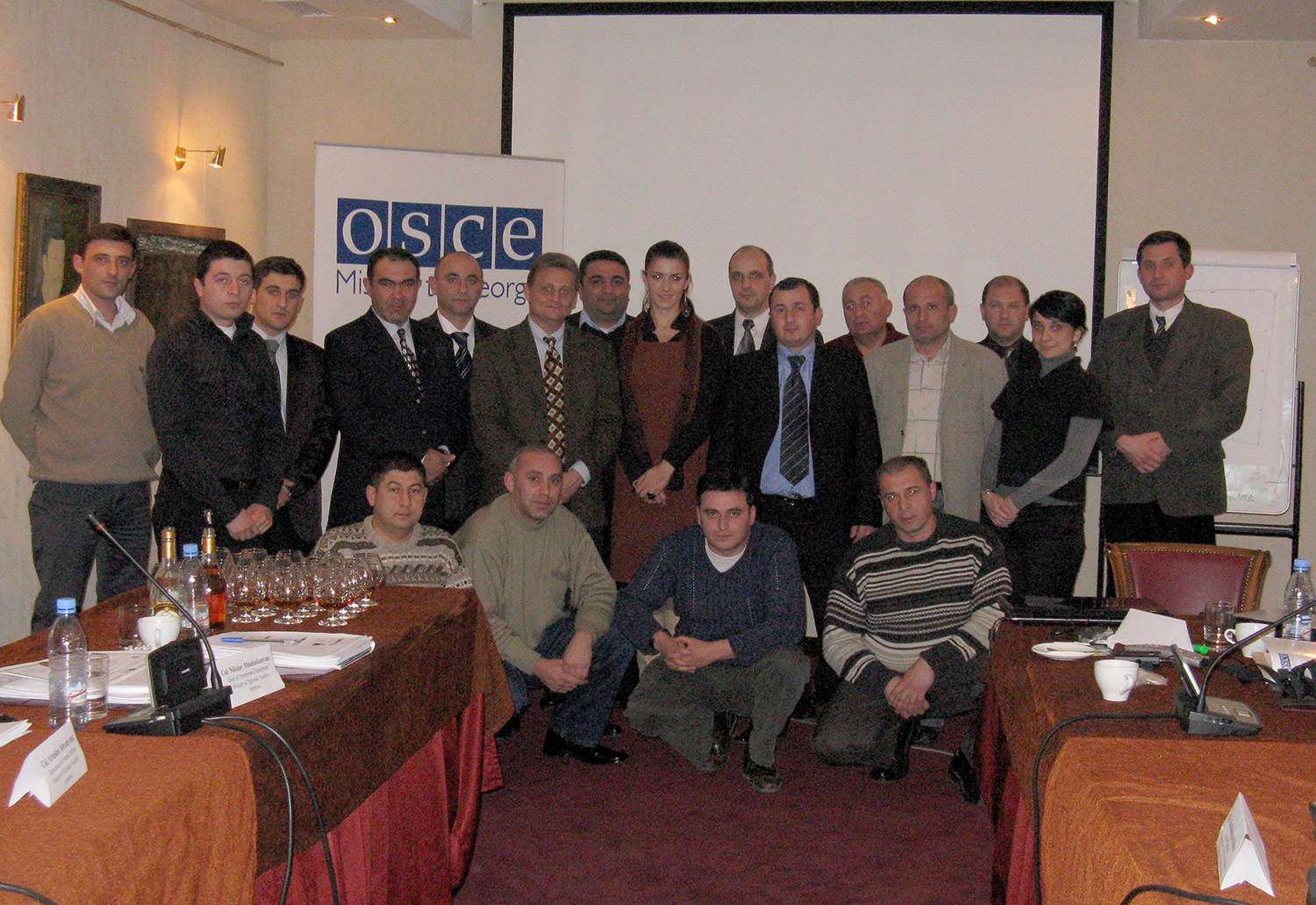 S2 is contracted by the Organization for Security and Cooperation in Europe (OSCE) to develop and present a series of custom Anti-Terrorism Officer courses for government security professionals from Georgia, Armenia, and Azerbaijan.
2009-2010
2009

The S2 Institute is contracted by the US DoD to present a special version of the S2 Anti-Terrorism Officer (ATO) course for Saudi and American security professionals responsible for protecting US military facilities in Saudi Arabia.
2009

The S2 Institute is contracted by the US Army to present the S2 Anti-Terrorism Officer (ATO) course for security professionals responsible for protecting US Army bases in the United States.
2009 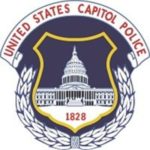 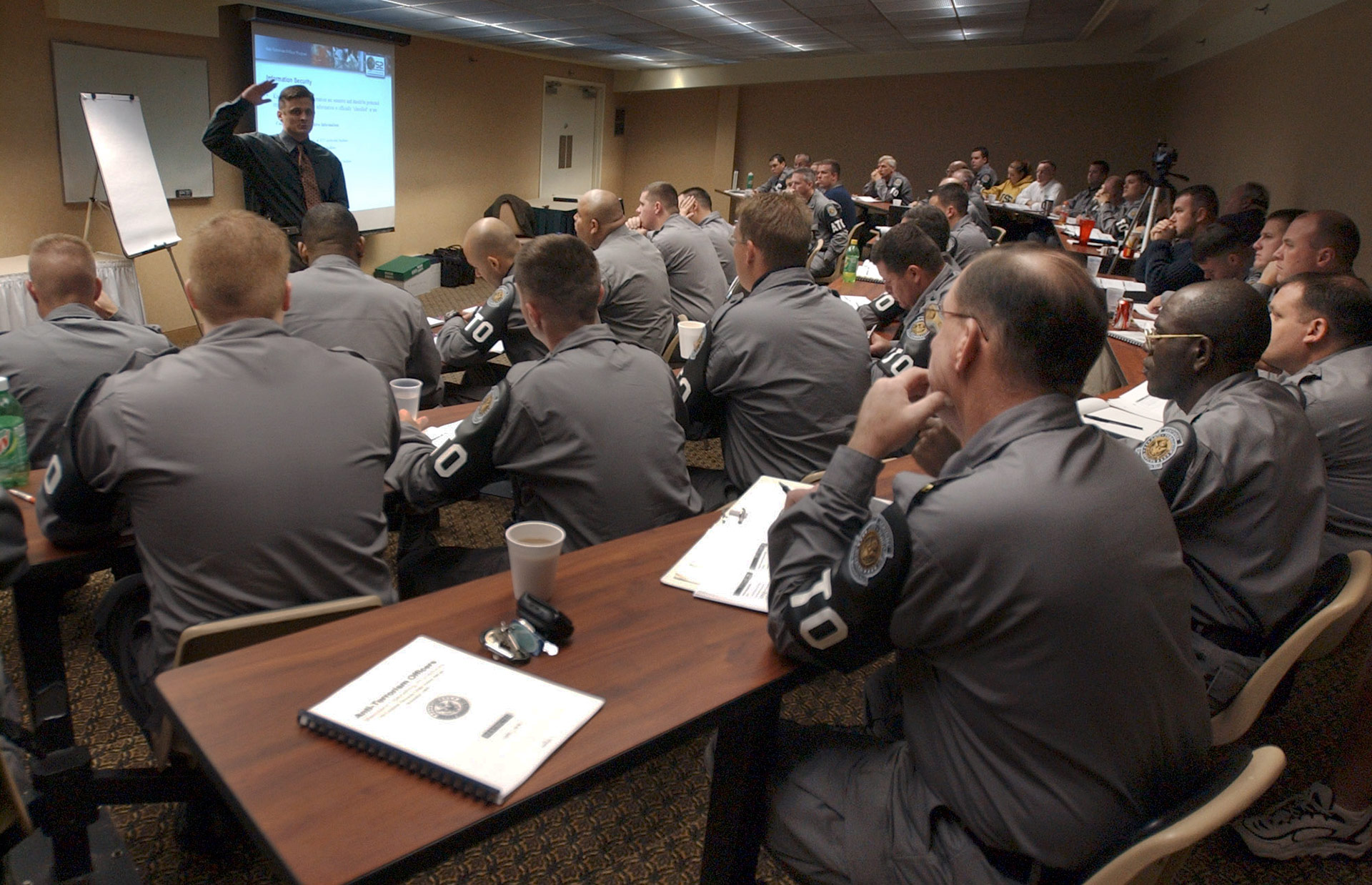 S2 ATO Program is adopted for protecion of US critical infrastructure

The S2 Institute develops a ten-day Anti-Terrorism Officer training program for a special force of security officers assigned to protect power stations and seaports in the United States.
2004
2003

In the wake of 9/11, the S2 Anti-Terrorism Officer Program is developed to fulfill the needs of training security and public safety professionals in issues specific to protecting facilities against terrorist attack.
2003

What is an Anti-Terrorism Officer?

As a general definition, an Anti-Terrorism Officer (ATO) is a security or public safety professional that has received training in measures for protecting facilities and organizations against terrorist attack. However, the specific application of the term has different meanings in different organizations. Some private security agencies, such as Critical Intervention Services and Pinkerton, employ this terminology for security guards that have received specific training in anti-terrorism related tasks. The U.S. DoD employs the term “Antiterrorism Officer” to define force protection personnel who have completed specific requirements defined under DoDI O-2000.16.

What is a Certified Anti-Terrorism Officer (cATO®)?

What are the differences between the S2 Institute and U.S. DoD Anti-Terrorism Officer (ATO) courses?

Although the topics and protective measures encompassed in the S2 Institute and DoD Anti-Terrorism Officer courses are similar, the U.S. DoD structures Anti-Terrorism Officer courses into levels in accordance with curriculum defined in DoDI O-2000.16 “Department of Defense (DoD) Antiterrorism (AT) Program Implementation.” The U.S. DoD programs are designed to present information specific to DoD policy, procedures, Unified Facilities Criteria, etc. The S2 ATO program includes much of this information, but also addresses many issues related to soft target facilities, protective approaches and research developed by other countries, and best practices beyond the spectrum of U.S. DoD doctrine.

Is the S2 Institute Anti-Terrorism Officer (ATO) course accepted by the U.S. DoD in substitution for courses defined in DoDI O-2000.16?

Maybe. The S2 Anti-Terrorism Officer course has been accepted in the past by U.S. DoD organizations when DoD courses were unavailable and the Institute has presented the S2 ATO course for U.S. military AT/FP personnel under contract by the U.S. Army. However, the S2 program and courses defined in DoDI O-2000.16 are different and there is no standing “waiver” or “official approval” that we are aware of issued at the DoD-level. If a DoD employee wishes to attend the S2 ATO program in substitution for a mandatory U.S. DoD course, we recommend they first investigate within their organization to ensure approval.

The S2 Anti-Terrorism Officer course is a mandatory training requirement for AT/FP personnel in the Netherlands and Singapore. As such, the program has been issued an official stock number for procurement by the Government of the Netherlands. The S2 course has also been officially adopted as standardized training by several European institutions including the European Commission, Eurojust, and the European Parliament. Special versions of the S2 ATO program have also been developed to serve as standardized training by the European External Action Service and Ministry of Interior of Iraq.

Why doesn’t the S2 Institute issue a certification for attending the Anti-Terrorism Officer course, as Global E2C does for the Certified Anti-Terrorism Specialist (C.A.T.S.)?

All students attending the S2 ATO course receive a certificate of training, but not a “certification.” To provide our graduates with an opportunity to obtain a truly credible certification, we worked with the IACSP to develop the Certified Anti-Terrorism Officer (cATO®) credentialing process including candidate eligibility requirements, peer-reviewed examination, proctored testing procedures, and similar measures. So-called “certification” means very little when issued by a private company with no other requirements than class attendance. 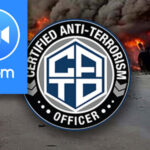 No upcoming classes that work with your schedule?

No problem. Enter your email address below and we’ll advise you when new courses are scheduled.

"In all of my travels and training, military and civilian, I rarely have the pleasure of encountering such professional instructors and presentations. The knowledge possessed and demonstrated by the instructor staff sets the bar for all civilian training agencies to follow…"

“The instructor knew all the subjects like the back of his hand…A+++!"

Office of the Secretary of the Air Force, USAF

"The class met all of my expectations and even more." 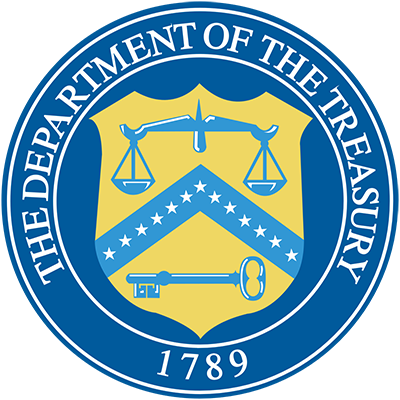 "I have had a few terrorism / anti-terrorism classes, but none have come close to the intensity and historical background as the S2 course. Your course is what every law enforcement officer should be taking." 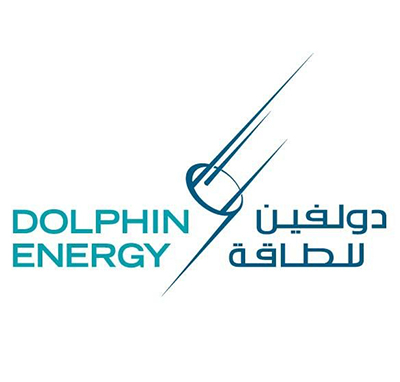 "Really excellent. A lot of practical advice that one can use in one's everyday work. Excellent."

"I thought this course was very well done. The topics very relevant and up to date with what is currently going on. This is definitely a "must take" course for anyone dealing with physical security/anti-terrorism matters."

"Very interesting course! The in-depth instruction is very high and the knowledge of the instructor is amazing. I think this course is a must for even people already active in the spectrum."

"Very relevant and a must for security professionals in the emerging dynamic services. The program is targeted to address all of the major contemporary security issues globally."

“Great stuff! Presentation was of high standard…I personally give thanks to S2 for the opportunity. Thank You!”

“I think this course is really excellent. I have been involved in AT matters for a number of years, however, I found many new and valuable insights.”

“The course is given in a very professional manner. Will highly recommend this course!” 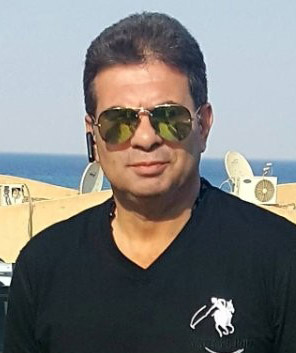 “The class is totally useful and helpful. The instructor is amazing...Perfect. One of the best courses I have ever taken in my professional career.” 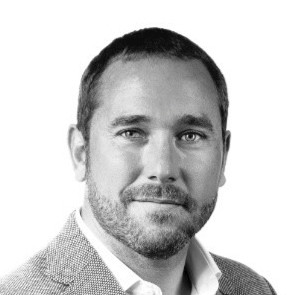 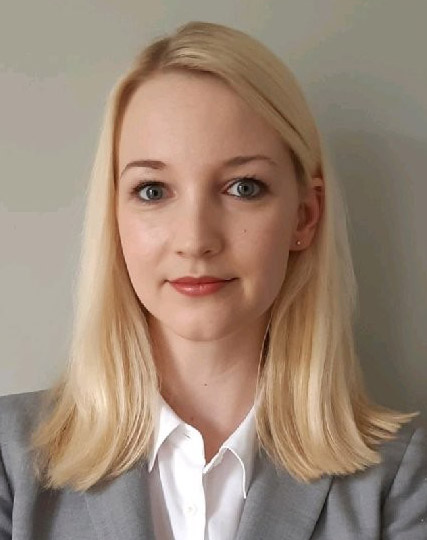 "The instructor was very knowledgeable and experienced. The course was well prepared and presented.” 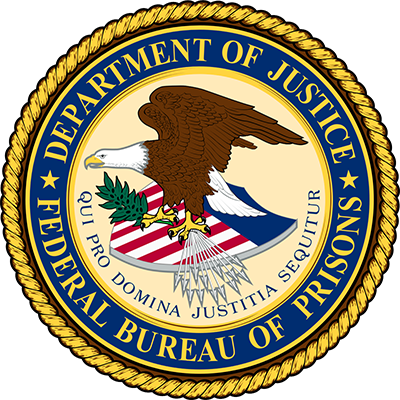 “The best training I’ve ever had. Extraordinary trainer. Extremely important.” 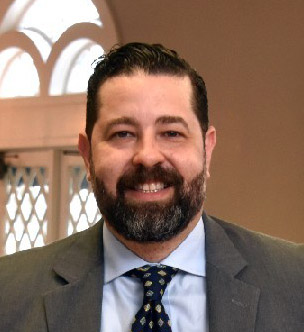 “I wanted to congratulate and strongly encourage you to continue to raise the bar...my job responsibilities require continuous and active education and training and I must say that your ATO course is one, if not the best I have ever taken.” 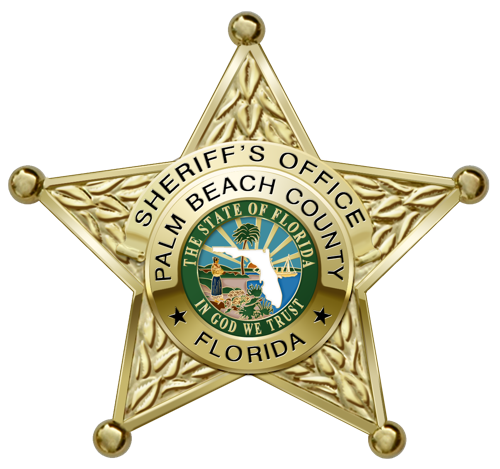 "Mr. Gundry has to be one of the most knowledgable instructors on terrorism in the country. He lives and breathes anti-terrorism.”

"I found this course to be extremely informative and thorough...The course is excellent the way it's presented."

"The overall course was excellent. I would recommend other personnel within security and emergency services to take it." 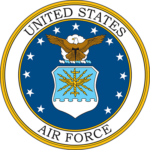 "Excellent course! I highly recommend it." 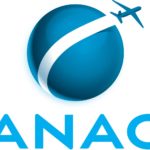 "This is a very rich course. I really recommend for all persons who are interested in this area." 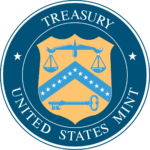 "Very well written and presented. I would recommend this course of study to anyone wanting to further their knowledge in regards to terrorism."

"This is by far one of the most interesting anti-terrorism courses that I have had the opportunity of taking. It contained much material not covered in many of the other courses."

"The course material was well presented and exceed my expectations in every way. Mr.Gundry's performance as an instructor along with his experience and real world case studies really made an impression...I highly recommend this course material for all federal entities." 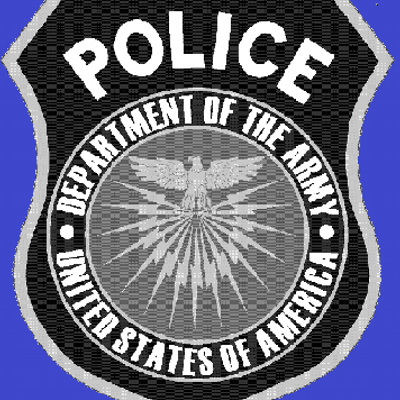 "I found the course material and presentation to be highly informative. The knowledge used will be beneficial for growth in my career field. I would recommend the course to all law enforcement/ security personnel as well as military members." 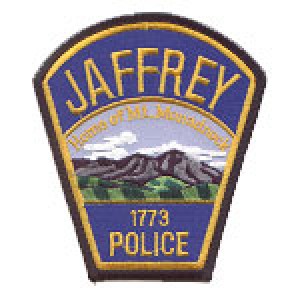 "This was an exceptionally high quality course containing a tremendous amount of practical information. I would highly recommend this course. The value is exceptional." 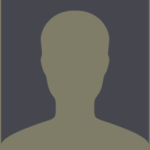 "Very knowledable instructor A+++. I have taken many courses pertaining to MARSEC. This course geared mainly to HS and security personnel is well above average. I highly recommend it." 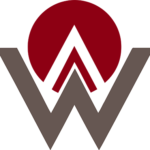 "The course contained good material and was well presented. Mr. Gundry is an excellent speaker and has commanding knowledge of the course curriculum." 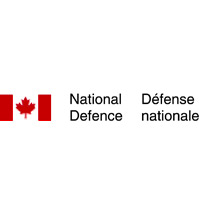 "This is a really good course and it provides a lot of very useful information about anti-terrorism issues. I would recommend it to others because it is very educational."

"OUTSTANDING and very thorough. Although the information is very in depth and complex, Craig Gundry is an excellent teacher that from his own past experiences, can present the material to any stage, regardless of the students past level of experience, to ensure a full understanding of the course materials. I would definitely recommend this course and any course of training by Mr Gundry." 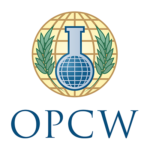 Organization for the Prohibition of Chemical Weapons 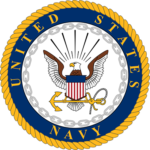 "A wealth of knowledge and very well presented."

"I found this to be a very useful course for anyone beginning or considering a career in site and personal security. It lays a good foundation on which to build the skill sets required to survive and succeed in high threat environments."

Enroll now and join the ranks of over 2,500 ATO course graduates worldwide!